I’ve been a member of the Green Party since 1983 and have witnessed many political highs and lows since that time. From the dark Thatcher years to our first seats in the European Parliament, the London Assembly, and our first MP in 2010, I have played an active role in the Green Party.

I was elected to Party Council in 1988 and convened the first International Committee. I was part of the core committee that managed the legendary 1989 Euro Election campaign, gaining 2 ¼ million votes – notoriously 15% but no seats. Four weeks later I organised a lobby of the European Parliament in Strasbourg on the opening session of the new parliament. Subsequent negotiations gave Jean Lambert a voting seat in the Green Group and our first tantalising whiff of European power.

I was Co-Chair of Party Council in 1990-91, during the Green 2000 campaign that changed the party’s organisation to the model we have today. The following year I was elected to the first GPEx as Finance & Management Coordinator, and was part of the team that managed the 1992 General Election campaign.

In 2000 I was Campaign Manager for the first GLA election campaign, which gave us three seats. I later worked as Darren Johnson’s researcher on the GLA. Then, in 2009 I was elected to GPEx as Elections Coordinator and ran the 2010 campaign that gave us the celebrated breakthrough into Westminster with Caroline Lucas’s seat in Brighton Pavilion. In 2013-14 I was active on the South West region’s European Election campaign team where Molly Scott Cato gained our third seat in the European Parliament.

In 2011 I moved from London to rural Devon where I have played an active part in the region, both as a candidate and part of the winning SWEET14 (South West European Election Team 2014) campaign team. 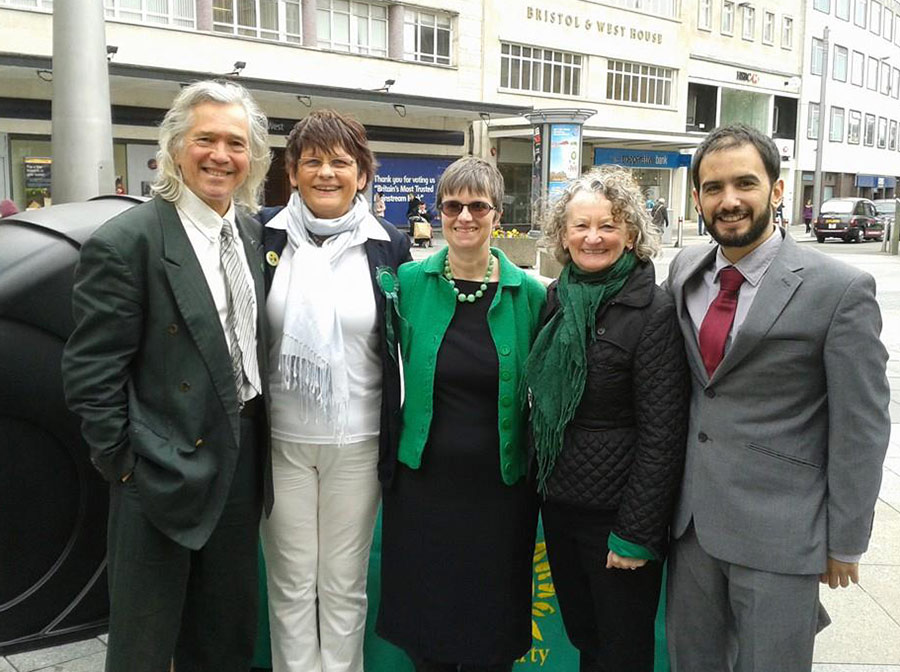